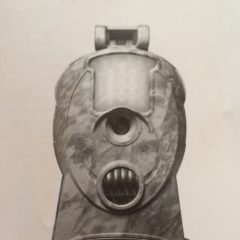 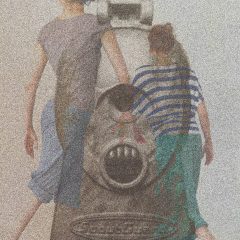 Between May and October 2016, the Plattenvereinigung at the Tempelhofer Feld in Berlin will become an artistic workshop and a forum to deal with the subject of “Seriality and Cycle”. For several selected artists, the building becomes a studio and exhibition space for the realization of installative works that deal with “seriality and cycle” from different perspectives. The installations are accompanied by a supporting program with public lectures and discussion events. The artistic works will be presented in front of an audience as well as photographically accompanied and shown as a series of images in a final exhibition.

As artist in residence in the context of “Series and Cycle”, Charlotte Klink shows her installation “A User’s Manual” at Plattenvereinigung. In more than 15.000 images, this work explores the banality as well as the poetry of repetitive everydayness. The artist, who usually stages herself in elaborate photographs, writes the following about her work:

“For several months I lived with a trail camera in my room. The camera was equipped with a motion sensor and recorded every of my moves. Pictures, belonging to the private, resulted, but they are also more private than photographs in family albums or on the own mobile phone. These are shots of minimal appeal, triggered by minimal appeal. Already after half a day, I had built up a relationship with the camera, trying to move it to trigger, to tempt it. I had created a counterpart in a space which is only mine. A counterpart which only reacts when I do something.“