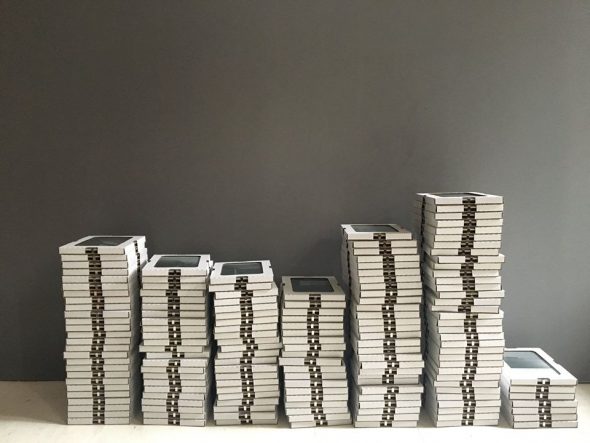 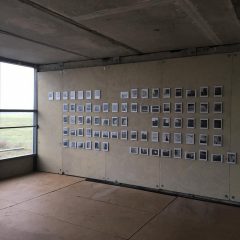 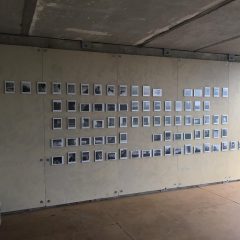 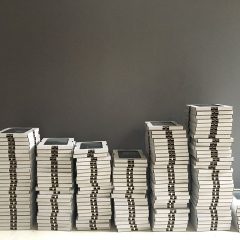 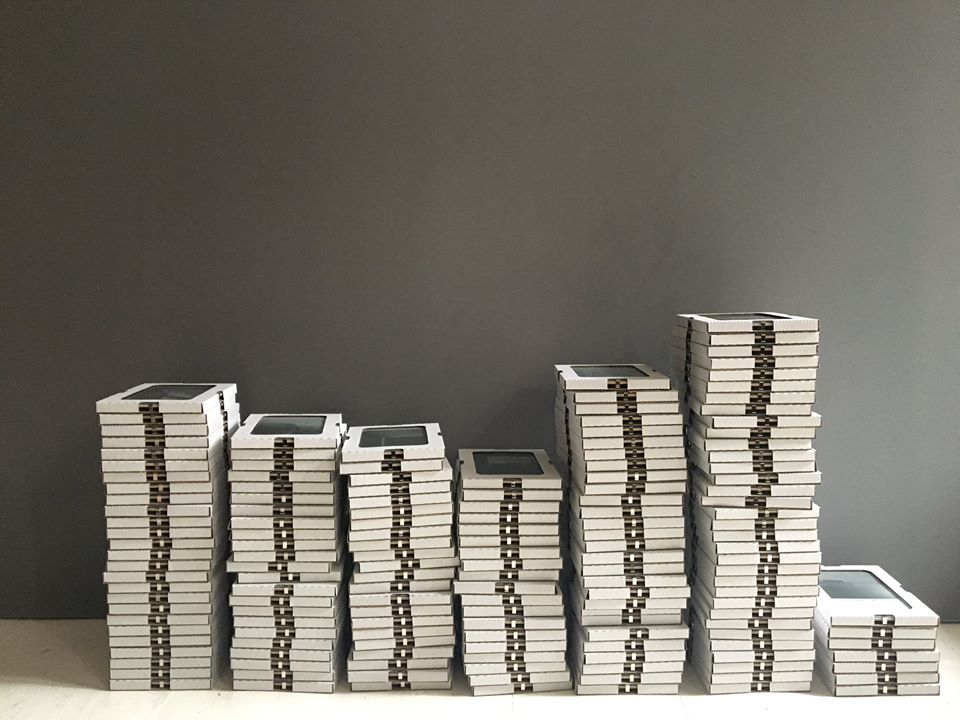 Between May and October 2016, the Plattenvereinigung at the Tempelhofer Feld in Berlin will become an artistic workshop and a forum to deal with the subject of “Seriality and Cycle”. For several selected artists, the building becomes a studio and exhibition space for the realization of installative works that deal with “seriality and cycle” from different perspectives. The installations are accompanied by a supporting program with public lectures and discussion events. The artistic works will be presented in front of an audience as well as photographically accompanied and shown as a series of images in a final exhibition.

Since May of this year, the Plattenvereinigung has housed installations of six artists, each of them dealing with Series and Cycle for three weeks. Chronological, the series proceeded as follows: Squeeze Machine – Fragments from a Workshop, Concrete Structures, 像 – Images, Innen, A User’s Manual, Landmark. Sarah Ambrosi photographed the artworks and presents the resulting material, scratched to series, in the final exhibition:

“My photographic work tries to generate (or more to let come up) a resonance space, in which it is not about a representative reflection, objectification or symbolization of the work (of the other), but mainly about the difference between the picture and its subject or motive, about the shifting which a work of art passes through the gaze of the other, and about the trace of translation that pervades, inseminates, if not even enables a conversation.“

To what extent are procedures like the collecting, the arranging of found objects, the dealing with accidents and incidents, the blasting of the material and the re-composition of the fragmented relevant to artistic processes? Which perceptions of temporality, seriality and repetition play a role? The experimental reading by Rebekka Uhlig (performance artist/experimental vocalist) and Anne Eusterschulte (philosophy historian) will address these questions in the course of a performative test on concrete materials.